There are over a million species of bugs on earth. The negligible size makes them inconspicuous and we never feel that insects’ population outnumber all other species on the planet. Insects are usually harmless, but some species are downright scary. We have compiled a list of the top 10 scariest bugs in the world, which are quite deadly to look at, and deadly in function too. 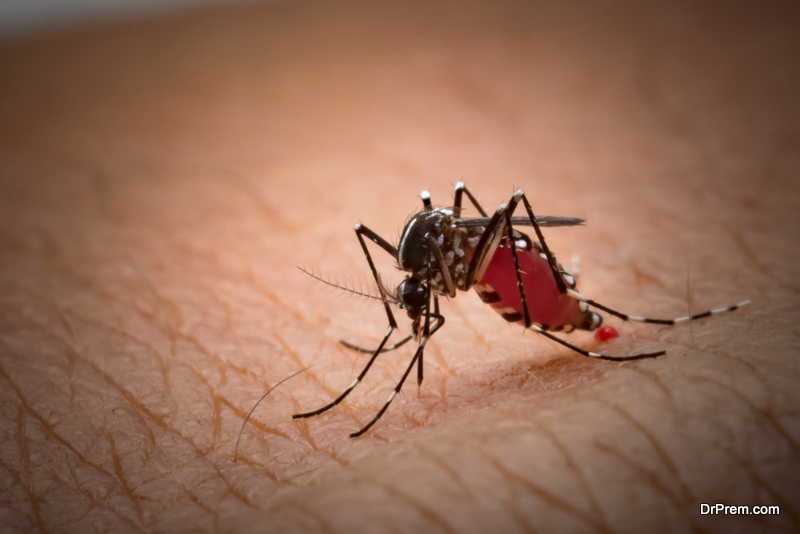 The mention of this mosquito is enough to strike fear in the hearts of many people in the tropical regions of the world. Though the tiny mosquito may not classify as one of the creepiest insects around, it is certainly one of the world’s top 10 scariest bugs. It transmits the dreaded dengue fever and causes thousands of deaths every year. And it only breeds in areas inhabited by humans.

This creepy looking caterpillar not just looks scary and strange, but it kills several people every year. It’s one of the most weird insects which have some deadly arsenal – the tiny bristles release a powerful toxin which is very poisonous. The venom from this caterpillar does not just cause an allergic reaction, it causes gangrene like symptoms in the body, and in the brain, blood leakage may occur due to the venom, ultimately leading to death.

The poison is anti-clotting, which is why it is difficult to stop the bleeding. 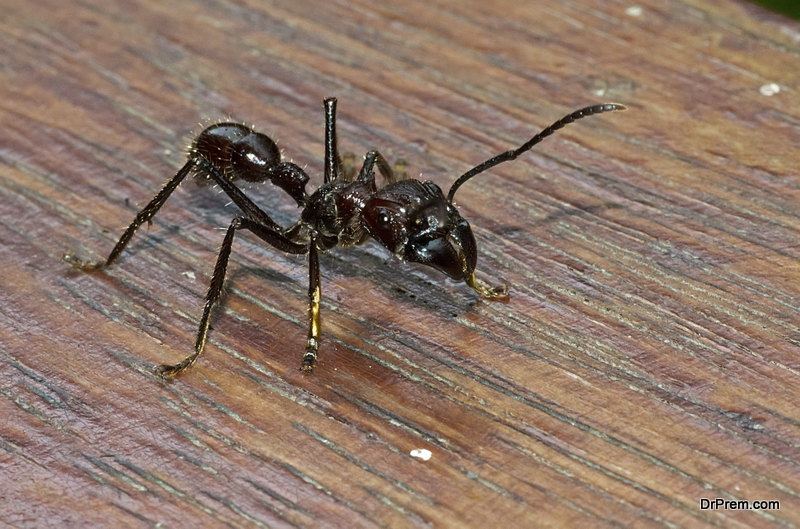 A bee sting is painful, to say the least, as many people have experienced. The sting of the Bullet Ant is the world’s top 10 scariest bugs as it has reddish brown hair which is quite prominent. It is the largest ant at almost 1 inch long in the world, possessing a toxic sting. These ants are found in South and Central America. The ant gets the name bullet due to the intense pain shot it delivers. The resulting agonizing pain is rated Level 4 on the Schmidt Sting Pain Index, higher than any other insect.

The centipede is an arthropod, and though you can’t say it’s one of the insects that look gross, it is a scary one. They can have over 300 legs, and there are 8,000 centipede species worldwide. They are different from other insects as every section of their body has a pair of legs! And scary why – because if allergic to their venom, then their sting might land you in the hospital. 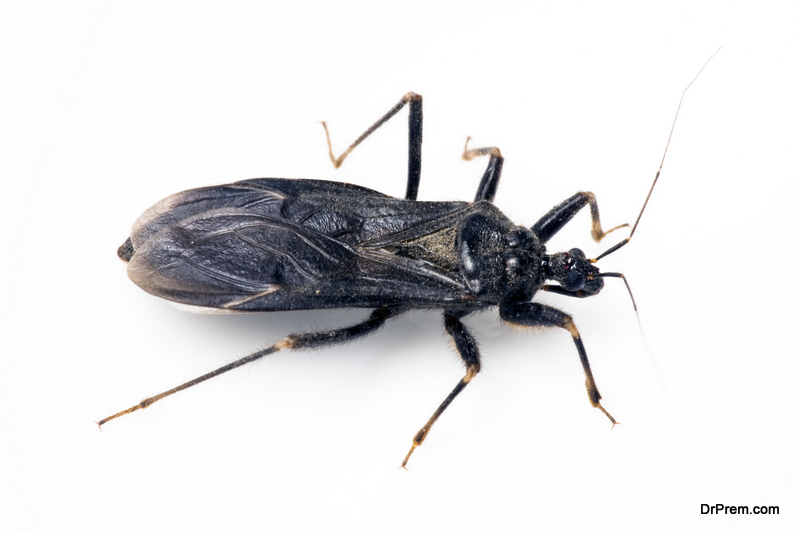 These weird insects are famous for sucking blood of vertebrates, and for disguising themselves with their victim’s remains. This insect is a mini vampire in insect form, with a needle on the face. It first delivers the poison, then it sucks the blood of the victim through the same needle.

These bugs are called assassin bugs and kissing bugs. The name ‘kissing bugs’ is apt as they ‘kiss’ (bite), sleeping humans on the eyes and lips soft tissue! Another scary feature of this bug is that it spreads Chagas disease in humans. Found mainly in both the Americas, these bugs which are among the top 10 scariest bugs are also found in Africa, Asia and Australia.

Deathstalker, a kind of deadly scorpion is called the Omdurman scorpion, Palestine Yellow scorpion, Israeli Desert scorpion, amongst other names. It is a very dangerous species, as its venom is has a high mix of neurotoxins. Primarily found in Middle East and North Africa, it is responsible for 75% deaths due to scorpions per year.

Its bite causes pain in adults, but in children, the elderly and people with allergy or heart conditions, it causes agony – children stung by it have fever, coma, paralysis and convulsions and ultimately drown in their body fluids. 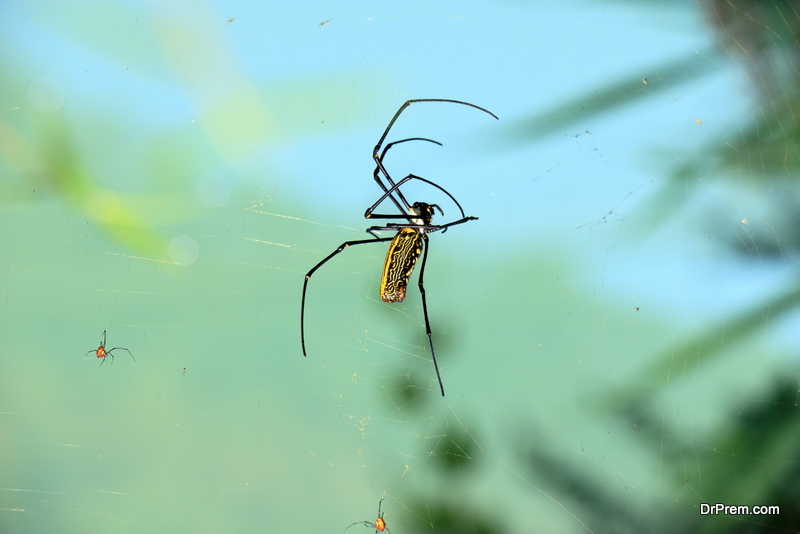 This insect is one of the top 10 scariest bugs for sure! It doesn’t  just eat other insects, it actually kills and eats birds. They grow to be as big as human hands in Australia, and in warmer climates, it grows even bigger. The terrifying insects are big and poisonous, and look as weird as they behave.

Asian hornets are the worst of all hornets. They are big – 5cm long, and wing span 7.5 cm, are predatory and eat other useful insects such as honeybees, especially the young bees. Why is it so scary – one sting can kill you and their poison can disintegrate your flesh! 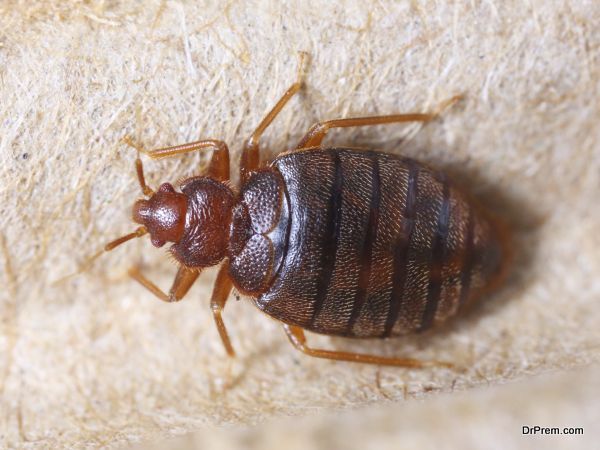 Bed bugs are the creepiest insects, to our minds. We can’t see them, but they feed on us when we sleep. Most of the species feed on other prey, and when it is not available, then they feed on humans. You might have noticed red marks on the neck and jaws – these could be bed bugs’ bites, though you may not have noticed the bite.

Last but not the least, almost everyone has heard of the deadly tarantula. Though the hairy, big version has been immortalized on celluloid, the size can be small, like your fingernail and some species are as big as dinner plates! Despite their reputation, they are actually not fatal for humans, though their bite causes serious discomfort.