The Truly Haunting Stories Behind The Most Tragic 9/11 Artifacts 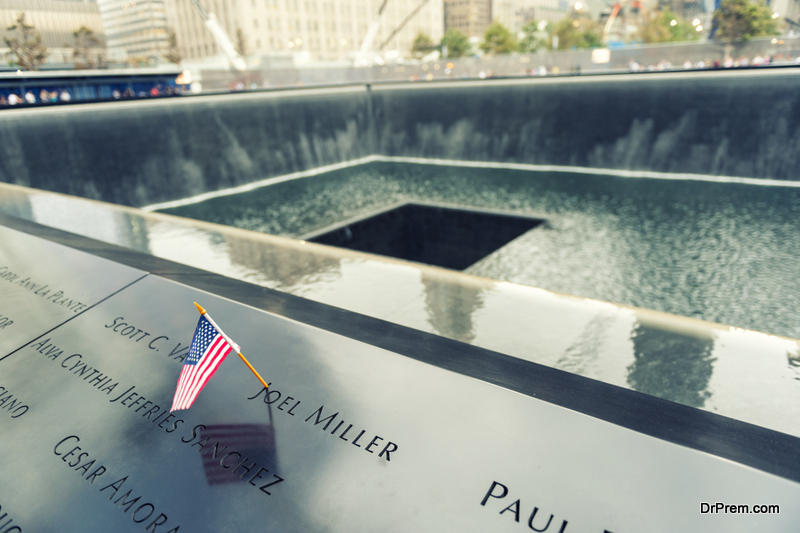 On May 21 2014, a memorial museum opened up in New York, right where the World Trade Centre once stood. The 9/11 memorial and museum is an attempt to commemorate thousands of people who lost their lives during an attack on the Twin Towers on September 11, 2001. From objects that the perished left behind to the steel beams that lay mangled, defeated against the smoke and fire – the 9/11 museum collected memories of people breathed their last a little too soon and turned them into stories – both tragic and heroic. 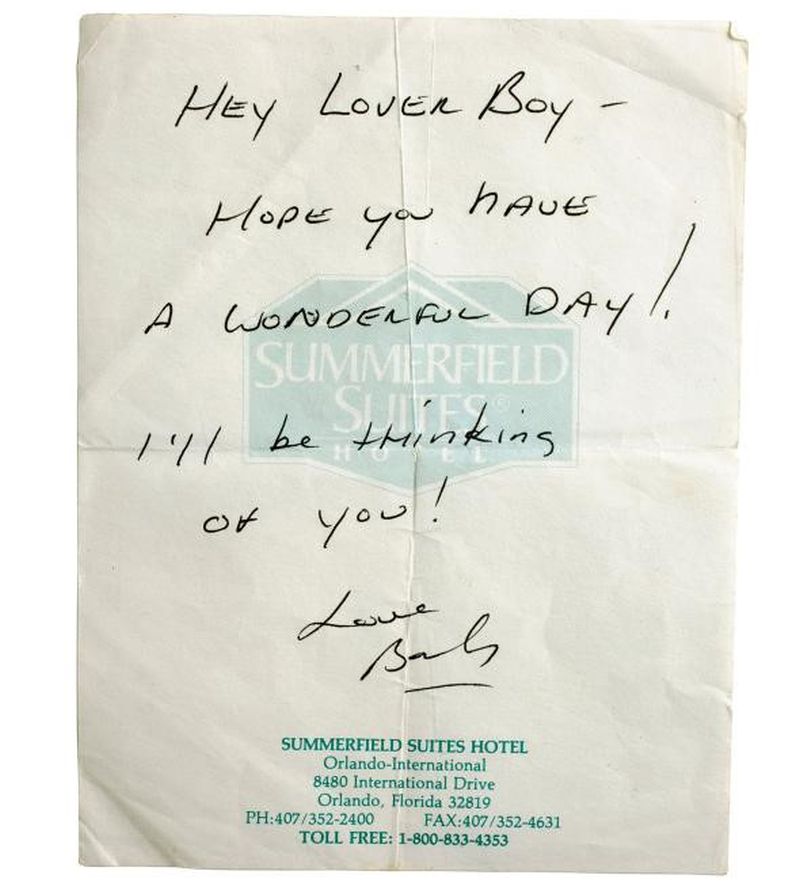 Maynard Spence worked as a construction consultant. On 9/11, Spencer reached the World Trade Centre to attend a meeting. With him, he carried a short romantic note from his wife. Spence wouldn’t survive the tragic attack, but the note would. 13 years later, the 9/11 museum shelters the last love note, which is now one of the most tragic artifacts of 9/11.

The Bible – When faith finds a place among 9/11 artifacts: 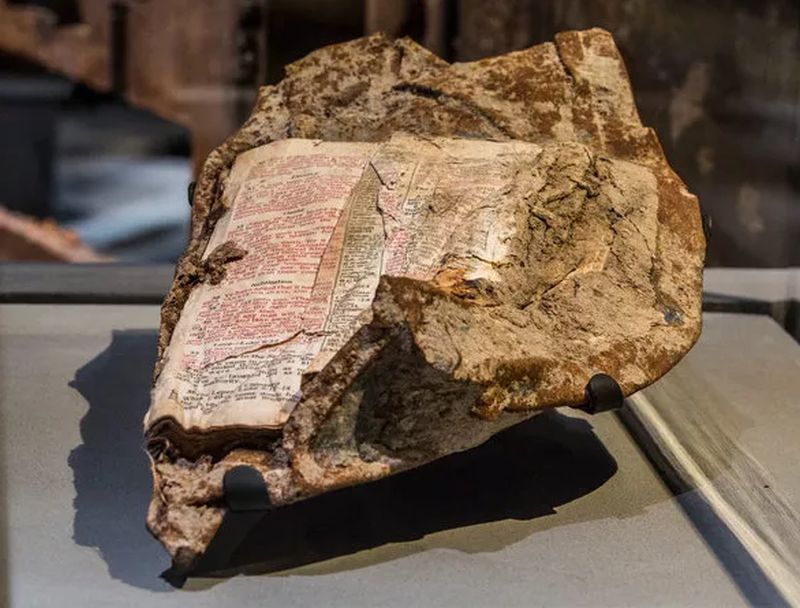 It is not clear as to whom this Bible belonged to. However, when first discovered by a firefighter after the disaster, this book of faith was found embedded in a scarped piece of metal. Perhaps, someone found solace in faith during the last moments.

There are heartbreaking stories from 9/11. Then there are stories that move your soul. The Bible, fused with a piece of metal speak volumes without uttering a single word. The tragedy of 9/11 brought together the material and the spiritual – in the most emotional way possible. 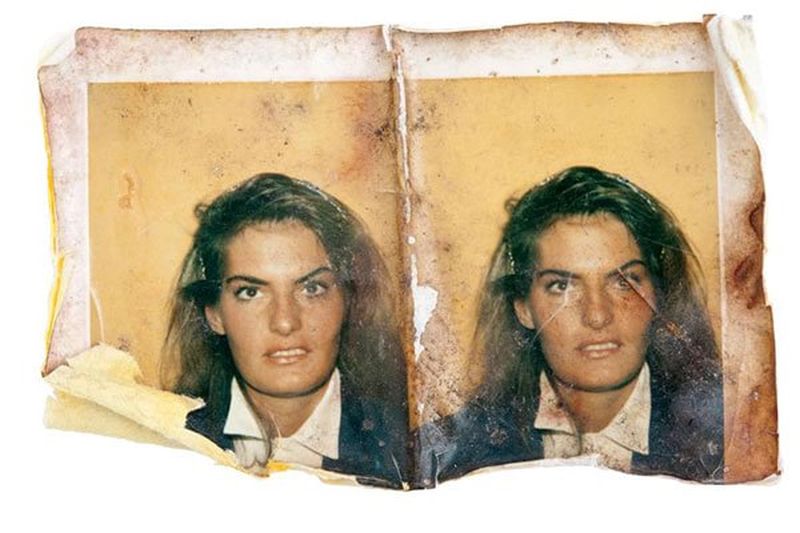 Photographs are usually known to be storehouses of good moments and memories. But when tragedy struck the towers, photos turned into one of the numerous surviving 9/11 artifacts. One of the last surviving photographs found in the remains of 9/11 was a photograph of Marisa Dinardo Schropps.

These 9/11 artifacts make one wonder about how strange life is. One moment, a person can be living the best moments of his/her life. The next moment, it can all turn to dust. And a photo is all that remains. 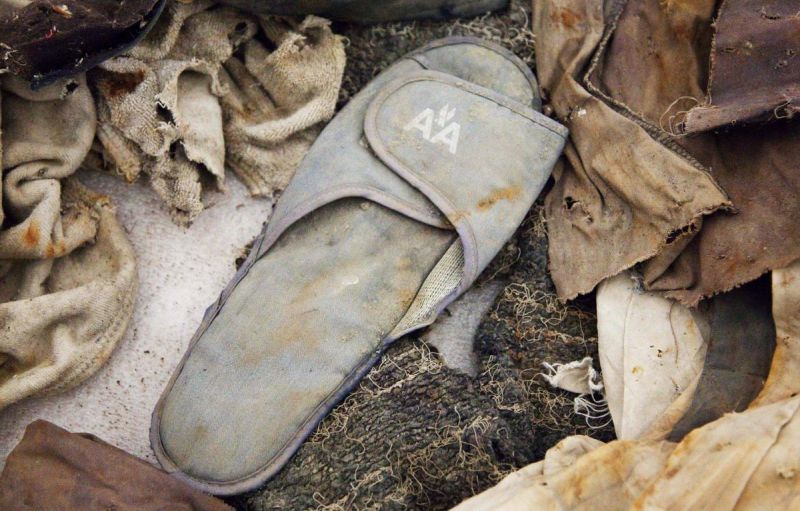 During 9/11, people died. Not only in the Twin Towers, but also in the airplanes that crashed into the Towers. There aren’t many stories from 9/11 that people remember when it comes to the air crashes. But this shoe tells a tale of tragedy that most of the world has paid little attention to.

This shoe was inside the American Airlines flight 11 – the one which crashed into the North Tower. The shoe is one of the most heart wrenching displays at the 9/11 museum. This display is a significant part of the memorial because it helps the world to remember that the airplanes that struck the towers in form of a tragedy were itself a part of a more tragic tale. 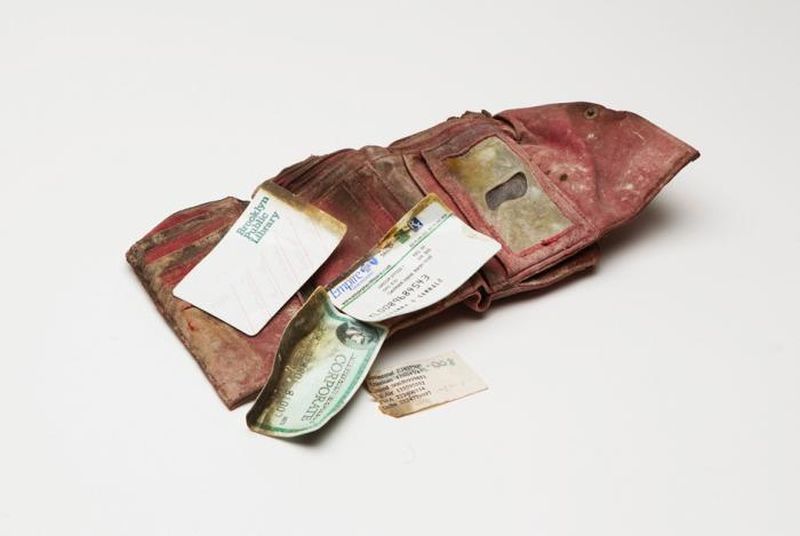 Bodies of many victims of the devastating tragedy were never found. 9/11 artifacts commemorate those silenced souls who did not even receive a grave. A red wallet is one of those artifacts housed in the 9/11 museum.

A woman named Gennie Gambale remained stuck on the upper floors of the North Tower when the first plan struck. Despite making tremendous efforts to search her body from the Tower, Gambale’s family’s efforts were in vain. No one ever found a trace of Gambale after the tragedy. However, her wallet was found in the remains of the tower in later search operations, confirming that Gambale had perished in the tragic attack.

The burnt wallets, the damaged cards, and the torn pieces of paper are evidence to this mind numbing tale of death and loss. The red wallet is definitely one of the most tragic artifacts of 9/11 – because it is all that is left behind in Gambale’s absence.

A Uniform Hat That Speaks Of Heroism: 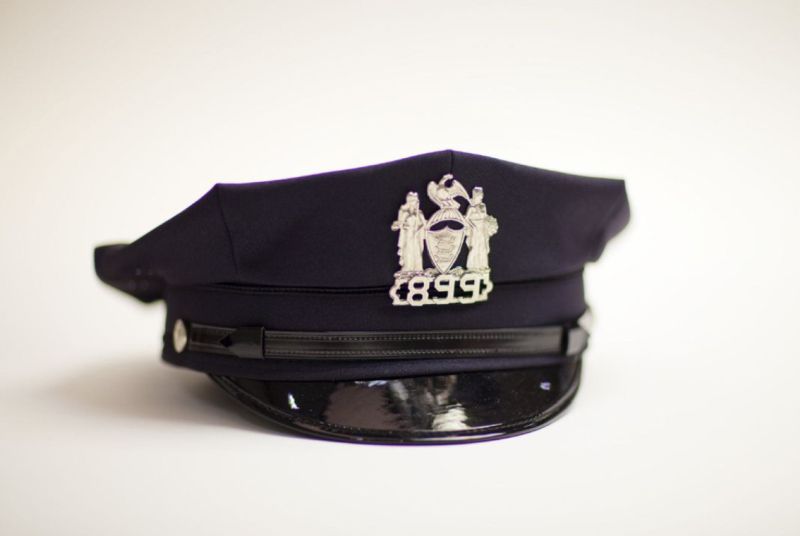 Officer Liam Callahan was 44 when he died while responding to the 9/11 attacks in the Twin Towers. Earlier appreciated and praised for his heroic acts in the 1993 World Trade Centre attacks, Callahan was a brave officer of the police department with a bright future ahead of him. However, he did not live to see it.

Callahan was one of the first responders during the 9/11 attacks. He must have been thinking about the moment that he could go home and celebrate his 20th wedding anniversary with his wife the very next day. But all he left behind was his uniform hat.

This uniform hat became an integral part of stories from 9/11. One of the most tragic artifacts of 9/11, Callahan’s hat becomes a symbol of heroic feats which never lived to tell their own story.

Many stories from 9/11 find a way to reach the world through the 9/11 museum. These tragic artifacts, only some out of more than 10,000 of them, shelved in the memorial building, are a testimony to an experience of death, loss, and even survival. The 9/11 artifacts revoke a memory that America hates, but these are memories that America will have to remember – always.

Interesting Facts About Parrots that you probably didn’t know