Often it’s the best man who plans the bachelor party, but whomever the job has fallen to has a lot riding on his shoulders. It’s usually best not to lay down any huge surprises on the groom, but it can be hard not to play around a bit. That’s something only you can judge – for the rest, here are some tips for planning a bash in Toronto that will blow away expectations.

Most of the time, it’s as simple as that. Sure, stag night’s supposed to be your best friend’s “last night of freedom,” but everyone knows the truth is a little different. Most event planners agree that the best time for a bachelor party is actually three months before the walk down the aisle. If the groom has buds flying into Toronto from across the country and you have no choice but to plan for the wedding weekend, two days beforehand is the bare minimum. Usually the day before the ceremonies goes to rehearsals. It’s also better to keep bleary eyes and boozy breath on the groom’s side to a minimum on the special day.

As far as transportation goes, there’s only one golden rule: nobody’s driving. Depending on your itinerary, taxis and Ubers might actually make sense, but remember that by the end of the night things might be a little messy. Do you really want to risk your rating climbing into an unsuspecting Uber when all is said and done? Limos were made for times like these and they’ll make sure everyone gets back to their home or hotel with nothing worse than a hangover.

Take an Axe to Convention 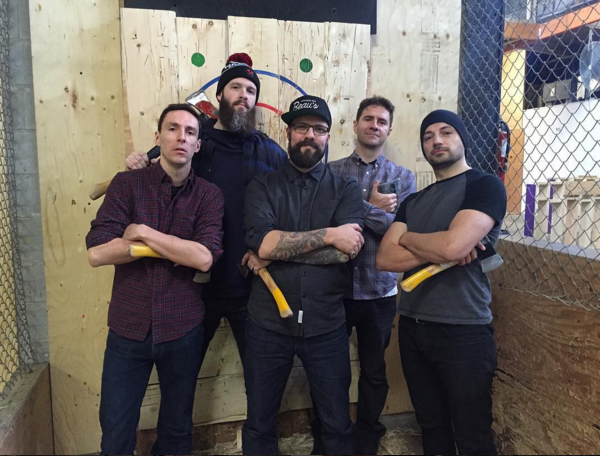 Axe throwing is one of those activities that can get people pumped for the night ahead. Toronto’s BATL (Backyard Axe Throwing League) leaves its weekends for bachelor, bachelorette, and birthday parties. Planning for a full day and night of raging might have you at your wit’s end. The more planning and organizing you can leave to venues the better. BATL can accommodate groups of up to a hundred, and while it’s usually not recommended that your guest list grow that long, it can be a great way to get a dozen or so people shouting. If you’re worried that your friends have done it all already, axe throwing can save the day. When you throw a bachelor party in Toronto at BATL, you’re definitely walking away with points for originality.

Rock Scotch ‘til the Highlands Are Dry

Once your group has crowned a champion, it’s time to talk drinks. Here’s a rule of thumb: save the hard stuff for later, but save the good stuff for just before later. It’s a gentlemen’s sport that way – but once you get to the gentlemen’s club, know your groom’s tipple of choice. However, scotch is always a great compliment to cigars to toast the groom-to-be. When you’ve been put in charge of his last night of freedom, make it an original one, from axe throwing to the after-hours.