An artist’s coin-spoof on the Spanish monarchy 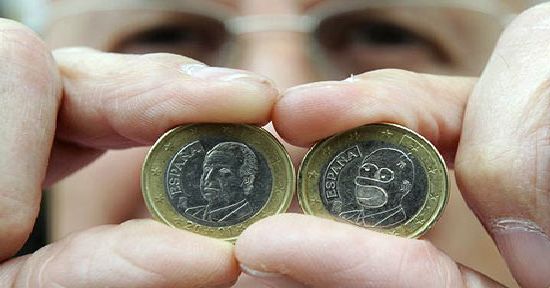 Spanish republicans couldn’t have got cheekier. If rumors are true, they might have hired a cool artist to deface coins that bear monarch Don Juan Carlos’ face. One such coin, which was found by a shopkeeper, had the face of the comic character Homer Simpson’s face. Though the act of defacing coins is illegal in the E.U, the anonymous artist is definitely uber-talented, we must say. Probably the E.U must hire this anonymous chap to bring in a little humor to the boring Euro coins. Meanwhile, the shopkeeper is enjoying all the attention thanks to the funny coin he found and has been declining to sell it to collectors.

An artist’s coin-spoof on the Spanish monarchy was last modified: August 11th, 2008 by Community Writer | Community.Drprem.com

Giving what on Valentine’s Day? A cock!

Modu’s night mate – You would love...

Which is the best astrology system in...

Add some light to your d’cor with...