To understand Eucharistic miracles, you have to know what ‘Eucharist’ means. It is the Christian service, sacrament or ceremony performed in Roman Catholic, Eastern Orthodox, Lutheran, Oriental Orthodox and Methodist Churches, commemorating Jesus Christ’s Last Supper. In this ceremony, wine and bread (known as ‘hosts’) is consecrated and consumed. An Eucharistic miracle is one associated with the Eucharist ceremony. Usually, it consists of consecrated ‘Hosts’ transforming into tissue, blood and so on. Religious authorities conduct their own investigations to see if they should be believed. They also allow secular investigators to investigate certain specifics. Take a look at the most famous Eucharistic miracles:

These 5 Eucharistic miracles of the world have been examined by the world’s top scientists, butthey ultimately concluded that the miraculous phenomenon could not be explained: 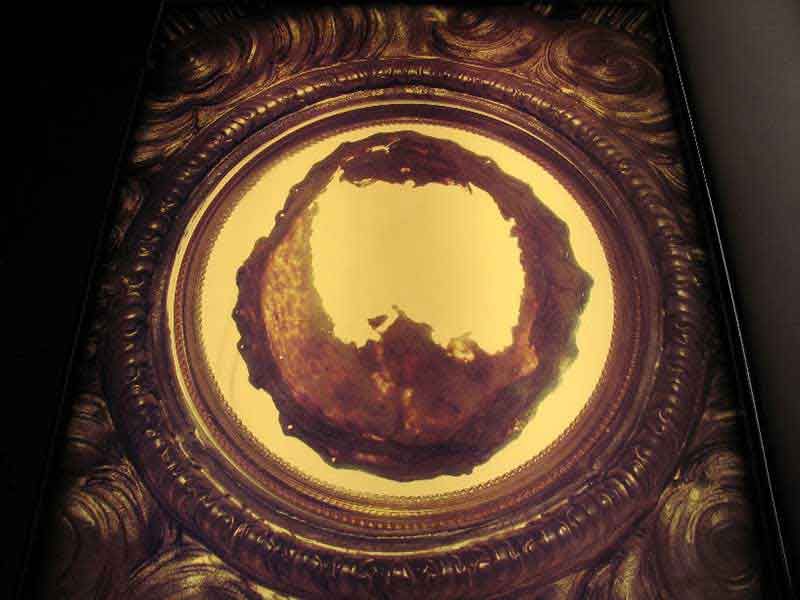 The Eucharistic miracles Lanciano in Italy occurred in the 8th century. A certain priest developed doubts about Christ’s presence in Eucharist. One day after consecration, during Mass, the wine and bread visibly turned into blood and flesh. This was preserved through the centuries. In 1970-71 and in 1981, scientist Odoardo Linoli, a professor of pathological histology, clinical microscopy and chemistry as well as anatomy, investigated the miracle.

The professor came to the conclusion that the flesh was cardiac tissue containing veins, nerve fibers and arterioles. The blood type matched with the blood type of other Eucharistic miracles, namely AB. The WHO too verified the finding of the Italian doctors, and after 500 examinations expressed the inability of science to explain Eucharistic miracles Lanciano. 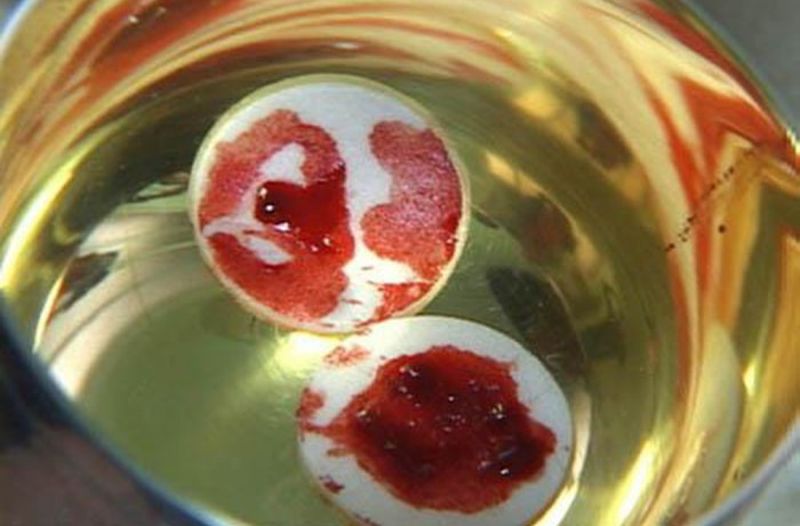 Amongst the famous Eucharistic miracles of the world; this was a very interesting one. It is one of the Eucharistic miracles that happened in the church of Santa Maria CaballitoAlmagro. A lady reported that one of the consecrated hosts was desecrated on one of the candle holders placed at the back of the church. Fr Pezet, the priest could not consume it, and placing it in some water in a dish, stored it inside the tabernacle.

The next Monday, the priest found the Host transformed into a blood-like substance. The Eucharistic miracles proof investigation  wasconducted by none other than Cardinal Bergoglio, who became the Pope Francis. Scientist Dr. Frederic Zugiba was part of the team whoanalyzed the Eucharistic miracles. He concluded that substance was human blood and flesh, and contained human DNA.

The Host that had transformed was considered to be a part of the muscle of left ventricle, which is responsible for contraction of heart. The scientists also concluded that the substance came from a living heart due to the presence of white blood cells. Also, the cells had gone within the tissue, indicating that the heart had suffered stress due to the owner of the heart being beaten around the chest. 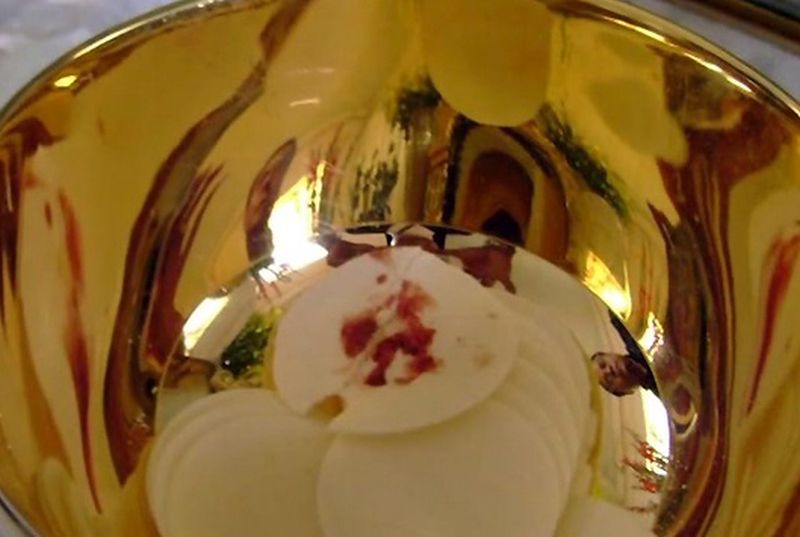 On October 21, 2006, in Mexico; a consecrated host effused a reddish colored substance. In 2009, the Bishop, Most Reverend Alejo Castro invited Dr. Ricardo Gomez to conduct a scientific investigation. The researchers found that the substance indeed contained human DNA and hemoglobin.

Using different modern methodologies, they found that the blood could not have been introduced externally. The AB blood type matched that of the Lanciano Host and the Turin Shroud. In 2010, it was found that though the upper layer of blood had coagulated, the internal layer indicated the fresh blood presence. 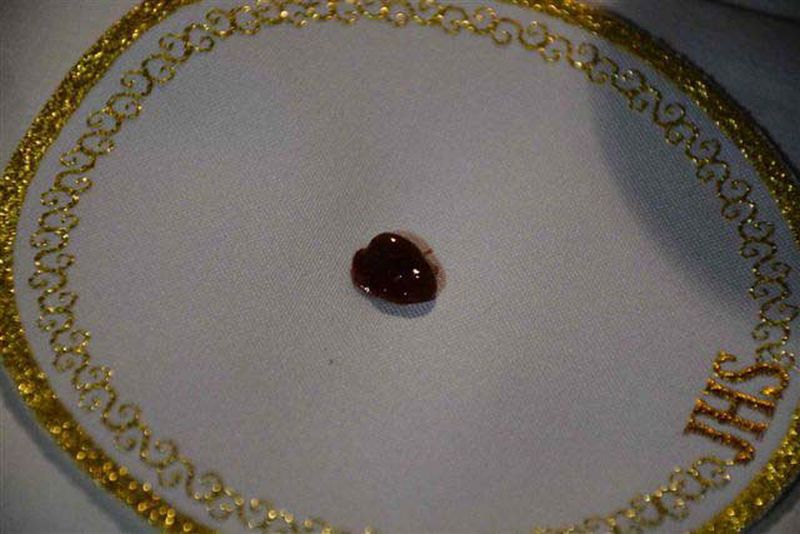 On December 25th, 2013, as the priests were distributing the Holy Communion in Legnica, Poland. One of the consecrated hosts fell on the ground. After picking it up, the priest placed in a vasculum (container full of water). After some time, red color stains appeared.In February, 2014,  a small part was taken and many different research institutes investigated it.

The Forensic Medicine Department found that the tissue contained fragmented parts of cross striated muscle. This was heart muscle tissue which had the alterations which appear during agony.

On the 14th of August 1730, while the Catholic people of Siena were attending the feast of Assumption, thieves entered St. Francis’ Church and stole the golden ciborium which contained hundreds of consecrated hosts. Two days later, they were found in another church in Siena, covered in dirt and cobwebs. The hosts were taken back to St. Francis church and prayers of veneration and reparation were offered.

As the hosts were quite dirty, the priests allowed them to deteriorate naturally, instead of consuming them. But the hosts appeared fresh for many decades. Even now, the hosts are fresh in the Basilica of St. Francis, Italy. This is one of themost famous Eucharistic miracles of the world.

These Eucharistic miracles have no scientific explanation. The blood type and DNA found in all the miracles is exactly the same, leading to the belief that they came from the body of the same person.