Holidaying is a lot fun and certain things like frolicking and even an occasional losing out go with it. They are all acceptable under certain parameters of overall decency, not causing trouble to the others and respecting native customs and heritage. Thus, there are certain codes of conduct we must all follow when visiting a country.

However, there are a few who by their acts of indecency, vandalism and outright immodesty bring bad name to their country and an overall disrepute to the tourists. Just sample a few of the examples-

Naked atop a sacred mountain 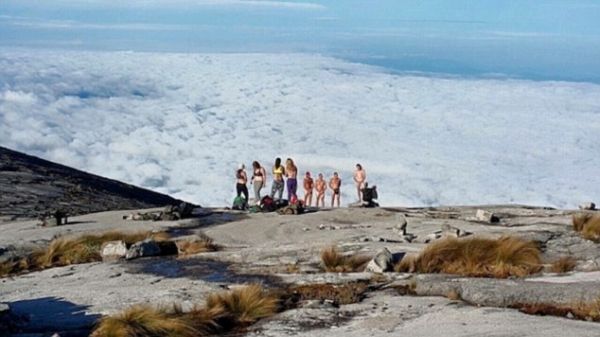 Four foreigners- two Canadians, a British and a Dutch national were detained in Sabah, Malaysia June, 2015 by the Malaysian police for “indecent exposure” on the sacred Mt. Kinabalu. The four formed part of a group of ten, who were allegedly found stripping naked for photography on the top.

The natives believe that their act of sacrilege angered the mountain spirits that triggered the June 5th earthquake in the region killing more of than 15 people. The police were still in search of rest of the group members all of who could possibly face months of imprisonment or fine if convicted. However, the group members showed remorse and pleaded guilty and were therefore let off after paying off fine and were deported out of Sabah. 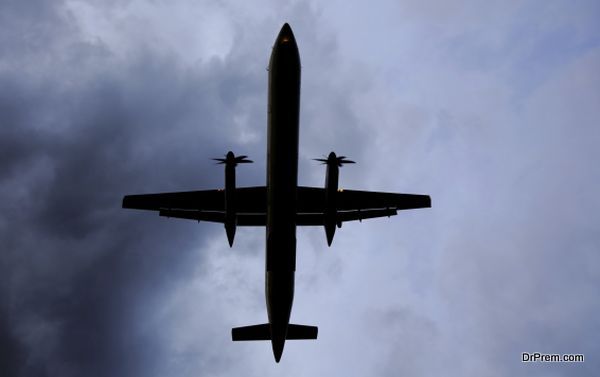 In February 2015, a drunken tourist Milinda Gunasekera, 33, flying home to Perth, Australia from holidaying in Chile was accused of indecent behaviour whiles onboard the aeroplane. While changing flights at Auckland Airport, he drank a bottle of Vodka in the toilets.

He then boarded the Quanta airlines plane and leaned forward from his seat to squeeze a lady passenger’s breasts. He even hurled abuses at his co-seated who tried to stop him from doing so. He was de-boarded and arrested. He could have been sent to a seven years imprisonment in the New Zealand court but was let off with a fine of AUS $2,500. 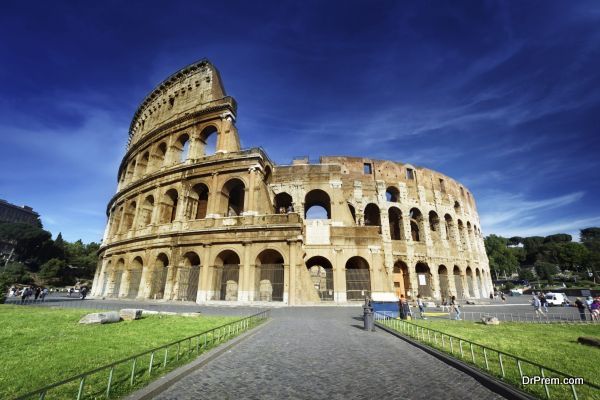 Many tourists have been caught and fined for causing damage to heritage properties by their senseless graffiti and etchings. However, the case of a Russian tourist has made copious headlines. The 42 years old man was caught in 2014 by a guard red handed while carving out a large “K” initial on the brick facade of Colleseum. He was fined $ 25,000 and 4-years suspended jail sentence. This was the fifth acts of a tourist doing like damage to the 2000 years old structure in 2014. 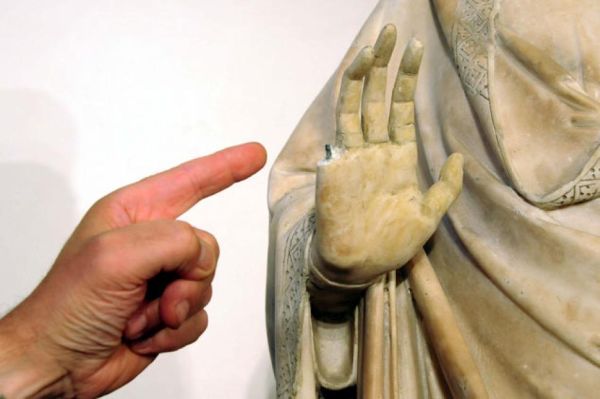 Many acts of damage and vandalism to the ancient artefacts do not happen wilfully. However, they are a result of carelessness and cannot be overseen so easily. This is the case of what happened with the statue of Virgin Mary; a 15th century artefact sculpted by Renaissance artist Giovanni d’Ambrogio in Florence in Italy.

In August 2013, a 55 years old American tourist from Missouri, USA accidently broke off a finger of the sculpture in an attempt to measure it. The finger did not form a part of the original body and was added at some point in time consecutive to its completion. The tourist was not charged of act of vandalism but was still seen liable for the repair costs that would go into restoring the master piece and that could be very high indeed. 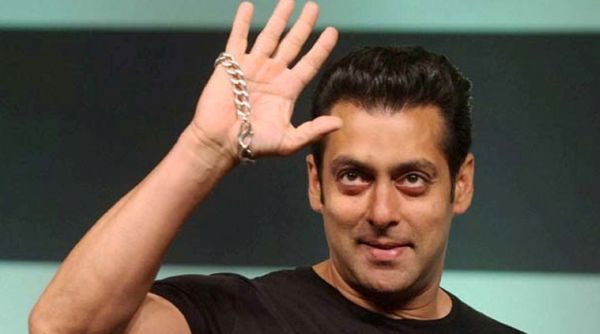 An Indian film actor, Salman Khan, part of the group comprising other actors too, all part of a film unit out for the shooting of a film near Jodhpur, Rajasthan India was caught and later accused of hunting Chinkars or Black-Bucks there in September 1998. The members of the group were subsequently arrested and the trial is still on in India’s courts.

The animal is held sacred to the Bishnoi, a social group found in the Western Thar Desert devoted to the principles given by their Guru Jambeshwar more than five hundred years ago emphasising on the preservation of wild life and trees. Therefore, killing the Blackbucks was not only illegal but also an assault on the beliefs and customs of the inhabitants.

These examples and others like them are examples our callousness and the carelessness with which a few among us take the native people. However, apart from being morally wrong, as these examples suggest, such an attitude can land us in great trouble coming out of which might sometimes be a hard ground to dig.