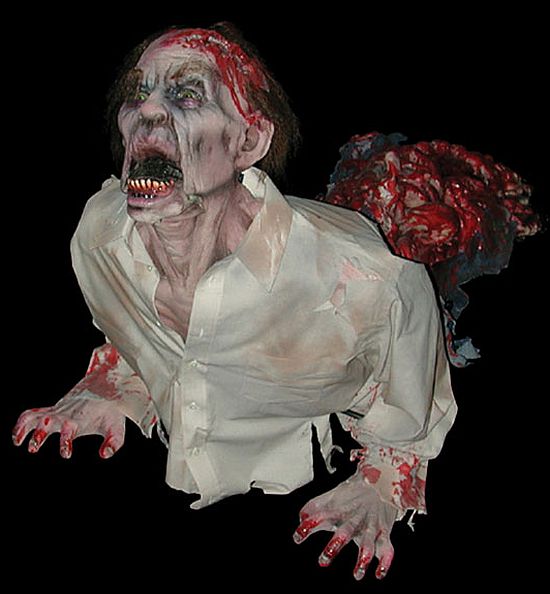 Ok so Halloween might still be quiet a long way away but its never too early to get in the festive spirit and scaring the living daylights out of your annoying neighbors with a little remote controlled mutilated zombie, right? Damn right! Thatâs why I am bringing you this incredibly cool, superbly lifelike Dead Fred Zombie Chaser with guts spilling all over the place. The remote controlled zombie comes laced with a radial onboard amp and speaker set that makes its groans, screams, and talks thunder with all the goodness of digital sound. Powered by four DC motors running on two 12-volt batteries, Fred stands at a mere 30â tall which of course highly increases its freak value! The only downside to this most magical R/C toy is the $2,650 price tag, but you can always fake a charity and generate that cash in the name of the upcoming holiday season! Check out the zombie in action after the jump.

Computer mailbox – No need to be...

What To Expect At The Exclusive Monaco...

Urban camping – A tent that sets...

What lies inside your Stash Case Buckle?