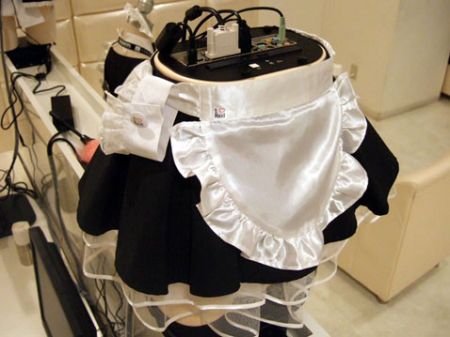 The Maid Station has creatively begun accommodating its computers in the Mini-ITX PC Case M4125, in an attire that goes completely with the name! It’s one thing to talk to maids while sipping on your soda and playing freeware PC games, but quite another, to play on the PC, which is modestly dressed as a maid.

I guess, you guys know about the Akhibara’s maid cafe LittlePSX, which apparently has consoles for customers, and taking a Polaroid with a maid costs nearly $3.40. So logically if you can play with a maid, then quite probably you would love the maid PC cases too.

The computer case is appropriately clad in white and black skirt, complete with the frills and stockings. Mind you, the Maid station website states that the PC cases are not wearing underwear!