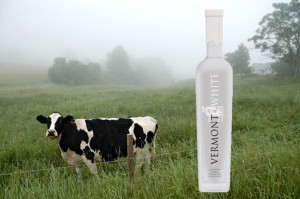 Experiments with different types of booze are not new. The public is very demanding and they want new things to taste and new enjoyments. The Milk Vodka is quite a ground breaking innovation in the world of liquor. It has already become famous and even celebrities like Elizabeth Hurley and Our very favorite Daniel (Bond) Craig have taken a great liking to it. However, only time will tell if this new booze in business will be able to grip the market or not.

Vodka is an alcoholic drink which mixes with many other ingredients easily. As it has no distinctive color or aroma, vodka is often used to prepare cocktails and is one of the most essential liquors for running a bar. It is the favorite drink of many. Generally vodka is made from grains, beets and potatoes. It has been the favorite drink of the Russians for ages. The vodka has to be distilled more than 3 times to give it a refined texture. After that it is passed through charcoals. Unlike the wine and some other alcoholic drinks vodka doesn’t need to age for better taste. It can be drunk without wastage of time. Vodka has been flavored by the infusion of fruit juices, lemon juice and pepper. The best quality vodka is mildly sweet with a slightly oily texture.

Who invented the Milk Vodka?

Jason Barber, a dairy farmer from West Dorset, has invented the Milk Vodka. He has stated that he loves vodka and he has a dairy firm consisting of 250 milk giving cows. He tried to make vodka from milk because he wanted to combine his passions for milk and vodka. When asked why use milk and not any other ingredient Jason answered that with so much milk available to him he could not resist himself from trying to make his favorite drink with the help of it. The results of his experiments seem to have gone really well as it is in high public demand already. It seems likely that soon enough other dairy farmers will also come up with such innovative attempts at making alcoholic beverages.

How is the Milk Vodka made?

The Milk Vodka uses pure, fresh milk as its only ingredient. The texture of this drink is very rich and creamy. The creamy texture makes this liquor a pleasurable drink. The fresh milk from the cows is separated into whey and curd. The separated curd is used to make tasty cheese. The whey is collected and fermented to prepare beer. A special type of yeast is used for fermenting the whey. The beer is then blended to make the Milk Vodka. The vodka thus made is distilled many times and it is being served at the Canteen in Plymouth.