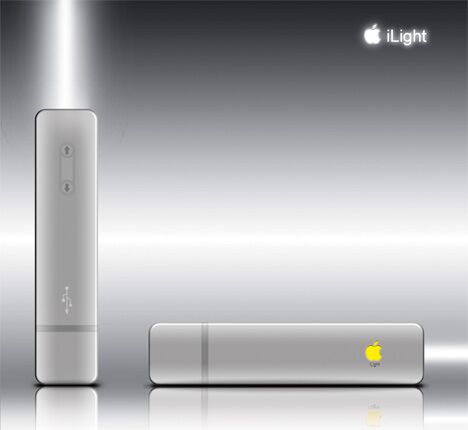 Designer Miyoshimasato ha come up with an Apple designed Flashlight, called iLight, which features a slim and sleek body that does not have any switches or buttons to make your life complicated. It has pre-requisite ‘i’ prefix that makes it stand out as an Apple product, but this is the only similarity we have.

iLight has also adopted touch technology from Apple, so you touch the light it turns on and doing likewise to turn it off. Increasing or decreasing luminance is as easy as you flick your fingers. The glowing Apple logo shows just how much battery life is left in your iLight. The only most annoying part is that you can not replace your battery. You can charge your iLight battery through USB.

Creating harmony with the Rain Maker

Stop and stare – Call it creativity!