A space-age bicycle from the fabulous 50's 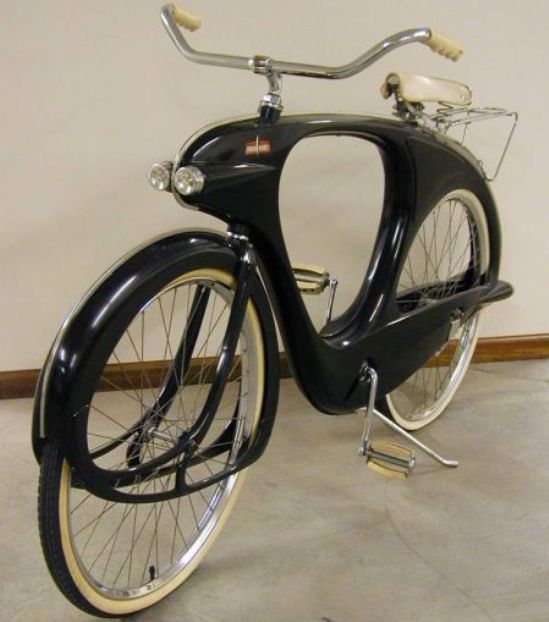 If you thought that fiberglass was used on bicycles and other forms of transport only from the recent past, you will be amazed to know that a bicycle was prototyped and built way back in 1948, entirely with fiberglass. This bicycle called the Bowden Spacelander was even put into production and sold for an entire year in 1960. Coming to its design, the bicycle looked very futuristic for the day and age it was built in. The front has two little headlamps and the body is in black fiberglass. The seat has springer suspension and the thing we love the most is the cruiser-esque handle bars this bicycle features. The biggest downside to this futuristic bicycle were the complaints from a few heavy users who said that the bicycle’s fiberglass body ‘broke’ under duress. If you don’t mind this little niggle, you could hunt down one of the 522 Bowden Spacelanders ever built, on Ebay for anywhere between $15,000 to $20,000.

A space-age bicycle from the fabulous 50's was last modified: April 23rd, 2008 by Community Writer | Community.Drprem.com

Listen and be a multilingual with the...

True friendship – A friend in need,...