Studio Libertiny gets bees to make them a vase 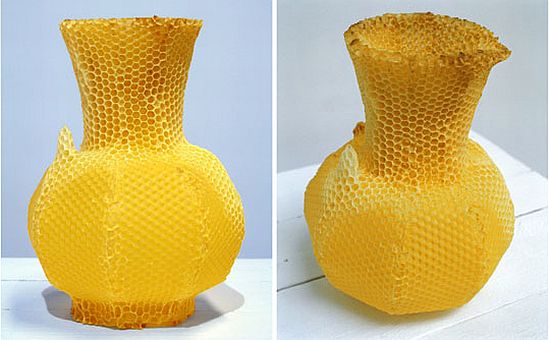 For anyone who has had the good fortune of never having been stung by a honey bee, this Beehive Vase would surely look so appealing. It was Infact made by the hardworking bees themselves as the clever designers at Studio Libertiny devised a plan to have a vase shaped hive that was subsequently colonized by over 40,000 bees who over the course of one week built a hexagonal comb over the existing shape! As gorgeous as the vase is, I personally could never ever even dare to touch it let alone thinking of keeping it in my house!

Studio Libertiny gets bees to make them a vase was last modified: February 28th, 2008 by Community Writer | Community.Drprem.com

A 'functional' LEGO model of Concorde

Duofone concept is all about being together!

Hello Kitty will quench your thirst!

NASCAR miniature is a mobile mini-bar