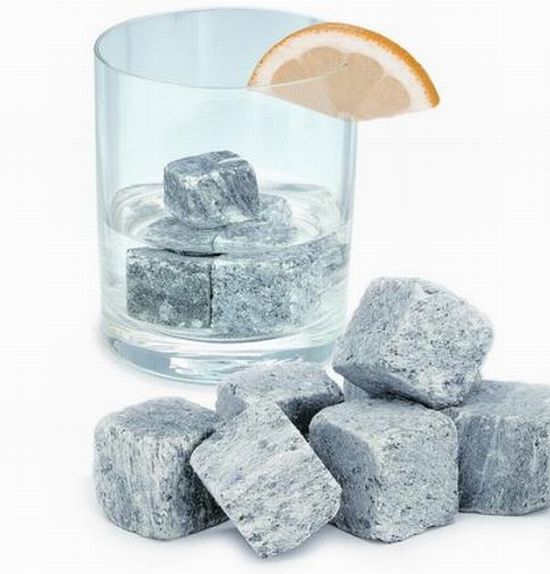 I know the common pub term âon the rocksâ is extravagantly flashy, but this literal following of it is really ridiculous! You see this Swedish company apparently thought that the world was going to get short on ice very soon, which given their proximity to the polar ice caps is just plain absurd, and came up with another way to cool your drinks. But since they didnât want the old bar room adage to be become obscure in the future, so they went ahead and made little cubes out of Nordic Rock mined from ancient Swedish pollution-free base rock, froze it, and got them to cool your drinks instead! The good news is that the rocks donât dilute your drink so you donât have to worry about it spoiling if hang onto it too long. The bad news is that they donât melt so if you forget that there are actually stones in your glass and go for a hasty bottoms up you might just end up with one hell of a sore throat! To use all you have to do is simply pop them in the freezer an hour before the drinking begins and serve approximately two to three rocks per glass to keep the drinks chilled. A set of ten costs Â£15.99 which is great deal since the rocks are totally reusable!

Ants watch – Ants in tandem with...

Video projector for your iPod/iPhone