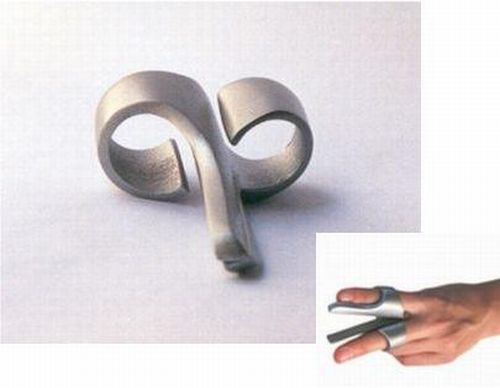 Scissors have been part of our culture since ancient times. The interesting thing about scissors is that they are universal among cultures and races and there has not been a single country where the scissors have not been used. It might also be quite universal to make that gesture, using your fingers of âcutting somethingâ. You might have scared a child that you would cut his/her hair if the hair isn’t kept tidy. Now, this action inspired Efrat Gommeh, an industrial designer to create the Fingers Scissors. These scissors are to be worn on the fingers and they look just like the action you make to express the action of cutting with scissors. This is one funny and useful design that you would love to buy.

iCarPlay 250 FM transmitter for iPod and...

Metronome – Can you feel the rhythm?

Nokia phone with a Steampunk-ish makeover

Mouse – Yuck is the word!