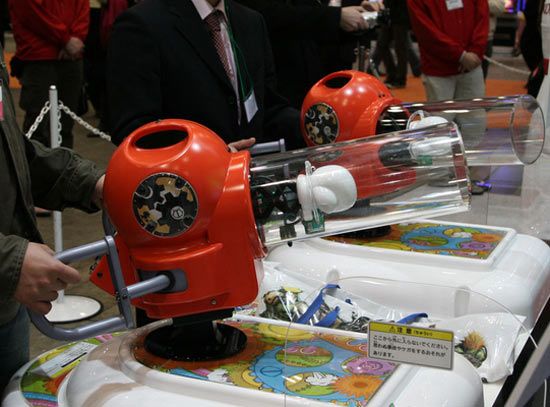 Nowadays we may lay our hands on arcades across the world; still Japanese arcade machines donât have many rivals that can stand a chance and compete with the techno giant, for they are simply amazing. Adding to the list Japanese entertainment vendor Konami has yet again turned up with an attractive telescopic fist simulator, Byon Byon, which actually is a bunch of various mini games. What the players have to do is lineup the targets or enemies floating across the screen and knock them down with an all-out telescopic fist. Not only your kids but I can bet you will also enjoy the action arcade. Video after the jump.

Extraordinary Cinema Halls From Across The Globe