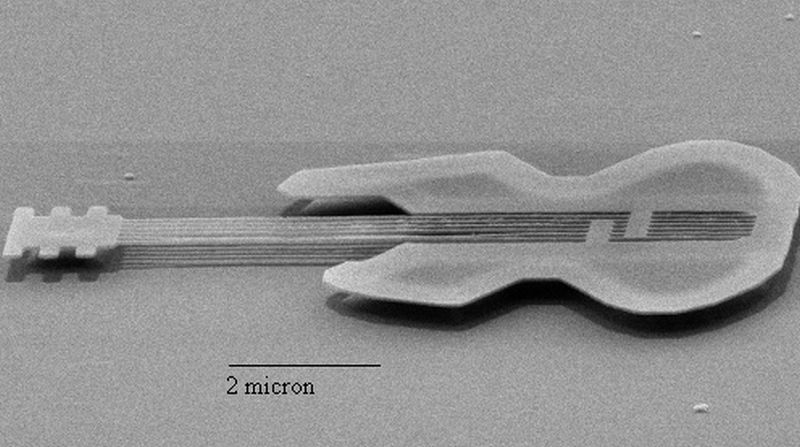 From playing guitar while riding a unicycle to using the most number of effect pedals, there are all sorts of crazy guitar records. So, here are 8 of the craziest world records set by some notorious string-pluckers. 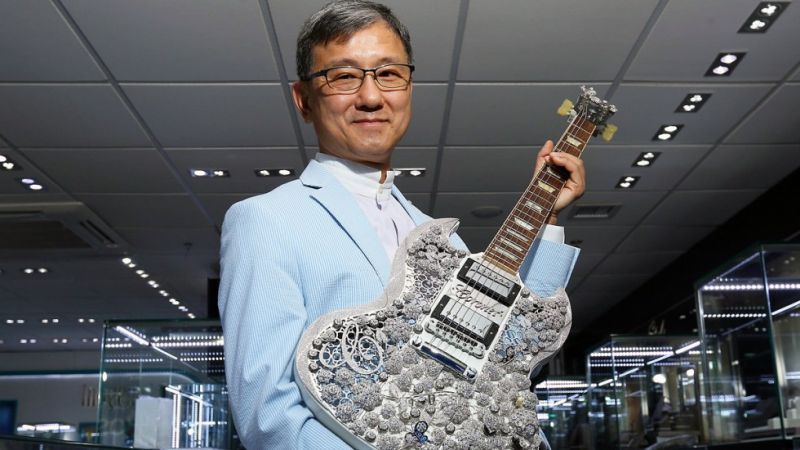 Ornamented with 11,441 diamonds and more than 1-and-a-half kilos of white gold, Eden Of Coronet is the priciest non-vintage guitar in the world. Aaron Shum tweaked the guitar from a Gibson SG guitar.

Biggest Assortment of Guitarists
In 2011, 2,377 guitar players performed together at a Californian bingo hall to become the world’s largest number of guitar players pulling out the trick.

Image Source : news.cornell.edu
10 micrometers is the size of a typical human blood cell, but it is also the dimensions of world’s tiniest guitar replica. Created by Cornell University, the unrealistic guitar is made of silicon, and features a double-cut strat body with 6 strings. Astonishingly, the strings produce a minute amount of vibration when struck. The guitar was created back in 1997.

Most Number of Effect Pedals Played At Once

Nick Reinhart and Juan Alderete from Pedals And Effects smashed the record for using most effect pedals together earlier held by Ace from Skunk Anansie. Nick and Juan separately drew at using 145 pedals at the same time, which is 60 more than the earlier record of using 85 effect pedals. 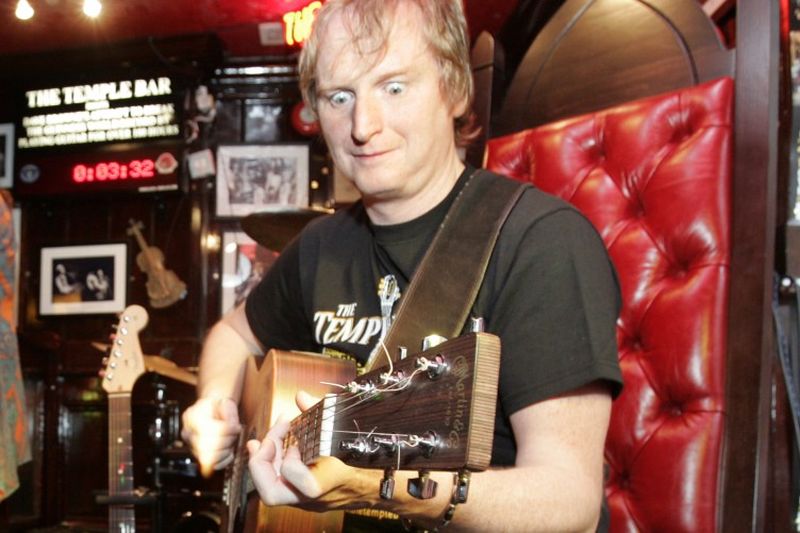 Image Source : c2.thejournal.ie
David Browne, an Irish guitarist, set the record for the longest guitar playing session back in 2011. The guitarist played for an exhausting 114 hours and 6 minutes at a Dublin tavern dubbed Temple Bar Pub. Browne performed 1,372 songs during his extraordinary play time.

Longest Guitar Playing Time While Doing a Headstand
An American youth Tai Star holds the record for the longest time playing guitar while doing a headstand. The guitarist was able to perform a continuous guitar play for 1 minute and 34.44 seconds. 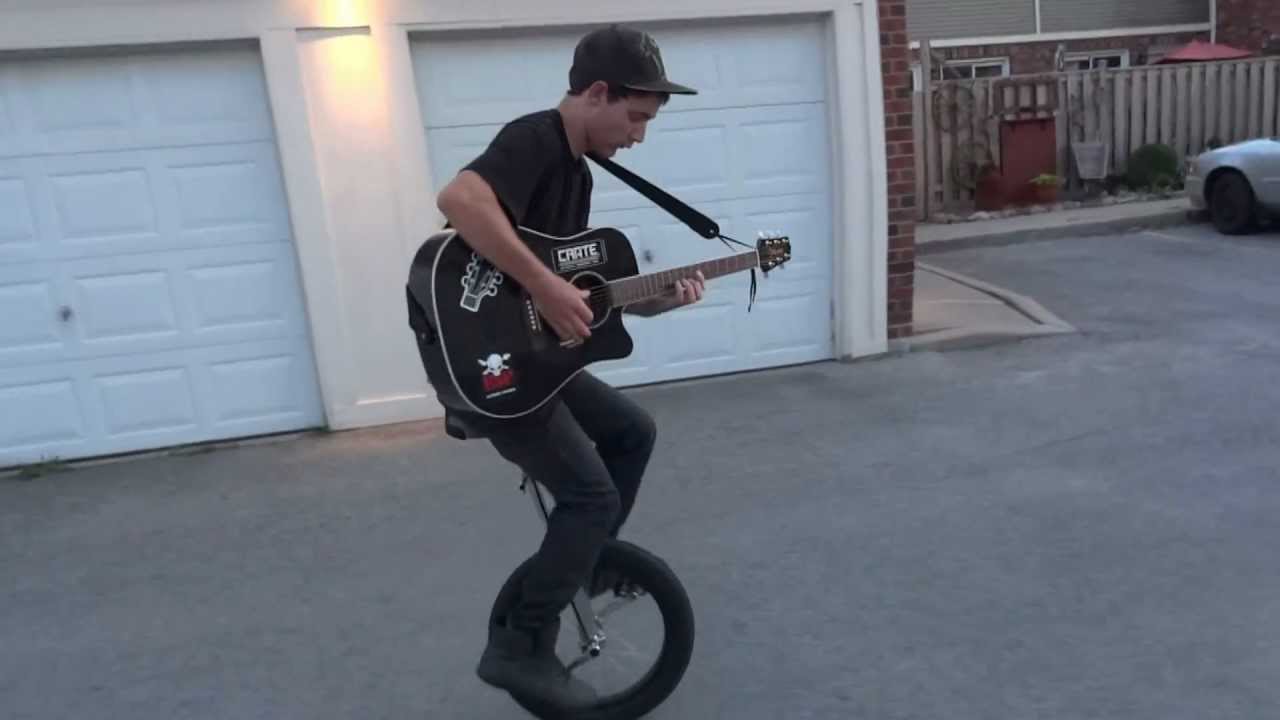 Image Source : worldkings.org
Paul N. from America played his guitar for a record time while riding a unicycle. The artiste was able to go on to play for 7 minutes plus 33.74 seconds while controlling his unicycle simultaneously.

Shortest Time to Strike Each Note on a Bass Guitar
Canadian Dominic L. was able to strike all 84 notes on his 20-fret bass guitar in just 9.97 seconds.

So, that was really some serious guitar busting. Which guitar world record on the list, in your opinion, is the craziest?

Cardboard Bicycle makes us dream of a...

Snow hotel – Care for some Eskimo...