Home Off Beat Hanging Up, Why don’t you dump it instead!
Off Beat

Hanging Up, Why don’t you dump it instead! 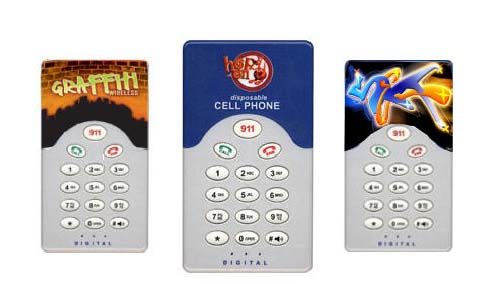 Imagine just disconnecting a call and throwing the phone away in a trash can; sounds pretty well-heeled a plan right! But you need not be a Baron Roth for that kind of lifestyle when the phones themselves go disposable. Yeah, you guessed it right, that phone I was talking about was surely a disposable one designed by an American manufacturer, Hop-on . Dubbed the Eur13 and being sold in the US as the HOP 1900, this stupid phone lacks a display to begin with. You can only store a total of 100 numbers and get it ringing on 12 different tones for thatâs the overall capacity. It offers 3 hours of talk time and 240 hours of stand-by time. Talk about the best feature, well it somehow accommodates a GPS chip and all this crap is available for a mere $20, which makes it reasonable enough to be chucked, when giving problems.

Hanging Up, Why don’t you dump it instead! was last modified: April 15th, 2008 by Community Writer | Community.Drprem.com

LEGO castle – Stunning is the word!

Inside Skate: Unleash the devil inside you...

Who ‘Shrunk’ the Obama Family?

The most tragic and horrific natural disasters...

Bottle cooler with light – Chill your...

How about a little bit of video...

Dirtsurfers are all set to kick up...