Home Off Beat An Atari portable – remember those?..All about Mr. BenHeck!
Off Beat 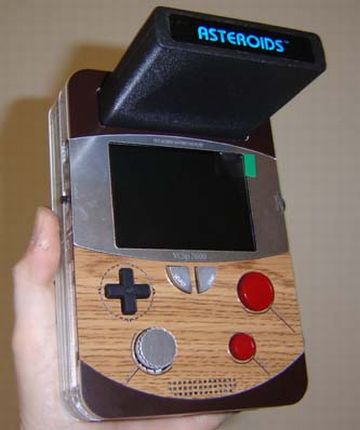 Mr. Benjamin J. Heckendorn, born on October 19, 1975, is also known as “Ben Heck”. He is the creator of many portable video games and is also an independent film maker.

Some of his early inventions are portable Atari systems, laptops, Sony portables, Nintendo portables, Combo Systems, Hacking Video Game Consoles and so on.

His new invention is an Atari 2600 portable. Unlike the old Atari portables the new Atari 2600 has paddle controllers. He calls it as the ‘New Technology’ Atari and the reason for naming it he says that he is run out of names.

This new Atari 2600 needs 6 batteries like the Phoenix. He says that in spite of getting emails requesting a lot of things (mostly Xbox laptops and PS360 controllers) he can actually spend time on inventing an Atari 2600 portable. He even adds that it is reasonably priced! From his statements, it is clear about his interest and love towards Atari 2600 portables.

And when Mr. Ben Heck is not busy with all these technical stuff he will be making a film. He has completed many films. His latest film is a comedic love story.

4 Fun Activities to Do in Phoenix

Coolest pic of the day: Plight or...